1978 Burro 13' Fiberglass Trailer in good original condition with some major restorations in place. The trailer has been stored mostly in dry clean places since I purchased it in 2016 from it's original owner. The floor has been entirely replaced, including subflooring. I've replaced the moulding that seals the two halves twice and will include the roll of remaining moulding with the purchase. New curtains and all new washable cushion covers added. An air conditioner is installed. I've replaced the moulding that seals the two fiberglass halves and will include the remaining spool of moulding with the purchase. The skylight fixture and gas stove were both replaced with brand new parts last fall. I haven't used the water tank, but when I purchased it I was told the sink works well. The electric was rewired at the electric box for a standard AC/DC power so you're not reliant on electrical adaptors when traveling. All the interior lights and power outlets work well. The tires are old but have low miles. The spare has never been used. One of the front two windows blew out while driving on the highway in Texas, so we were booking it and I've replaced it with a non tinted plexiglass for the moment. This works well as long as you aren't doing 80 mph, then it sometimes may pop out of the frame. This is common with Burro windows, and I haven't glued it in place as some have suggested. I also still have the original window hardware. The fiberglass exterior is in near perfect condition except for the back right end where there is one puncture. There is some surface rust but no structural damage. The hitch works perfectly. The front support leg is a bit crooked. The interior foam lining is old and has some rips in it. Replacing that was next on my list. I have many more photos I can share. 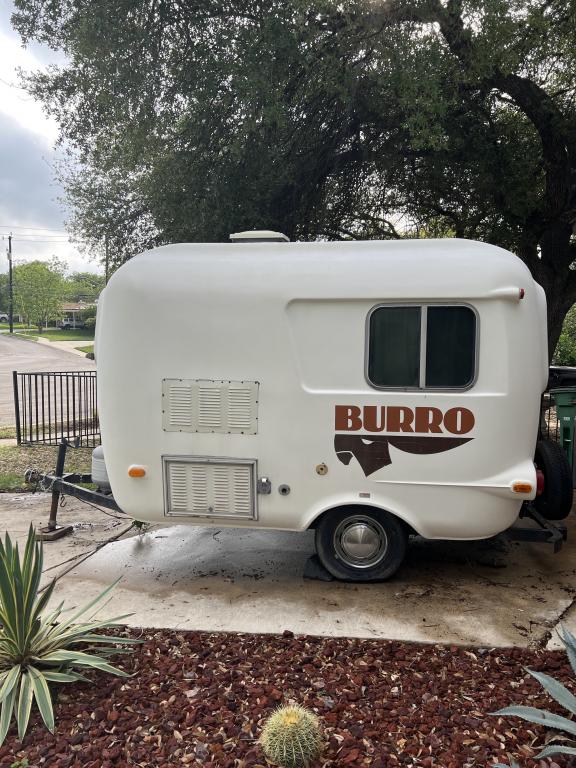 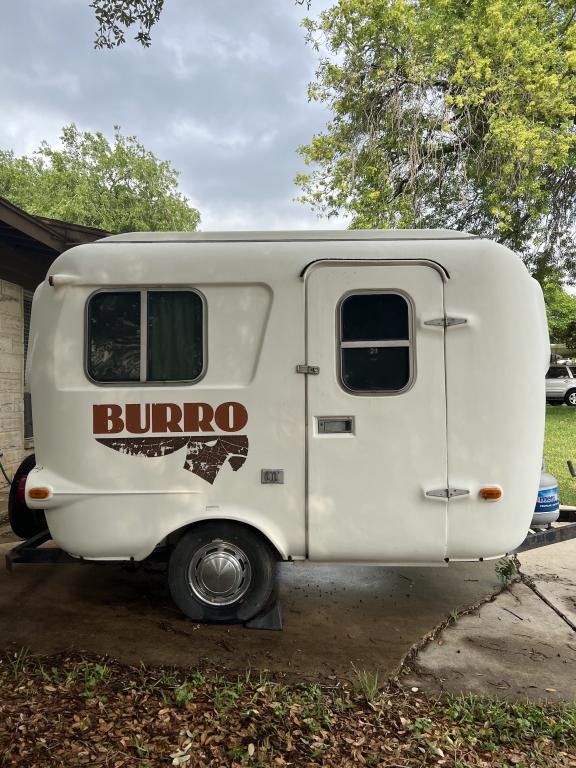 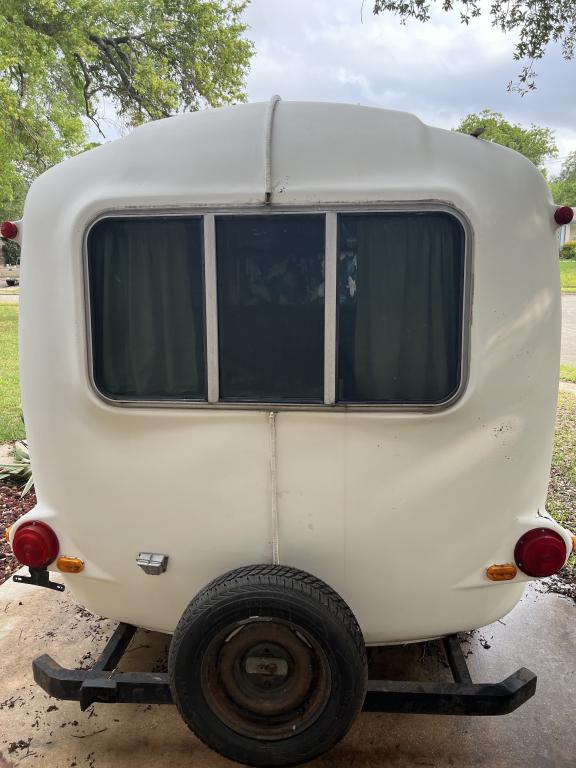 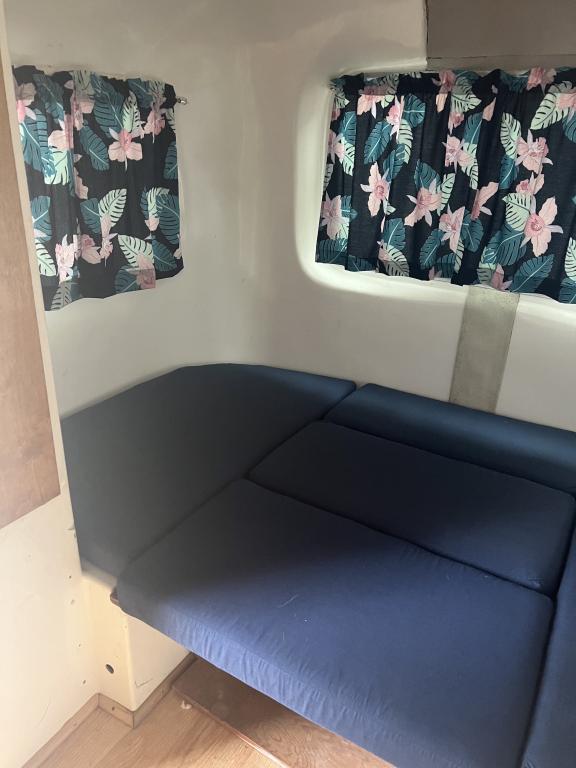 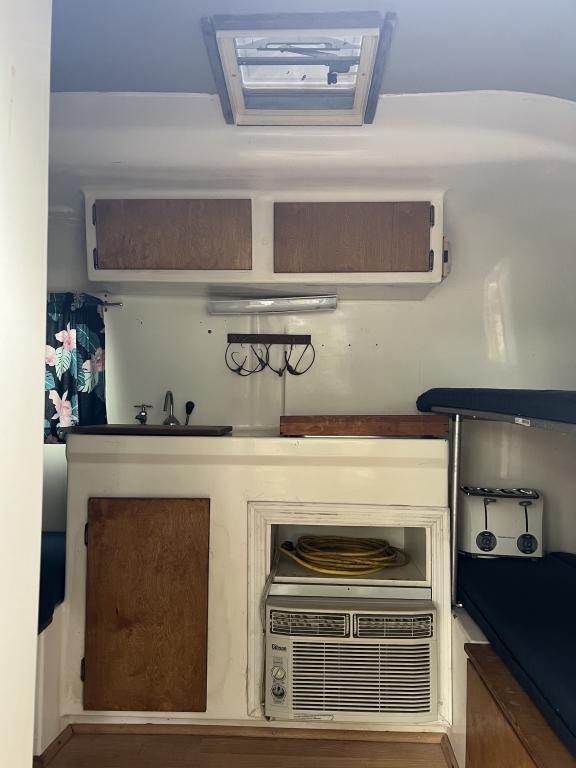 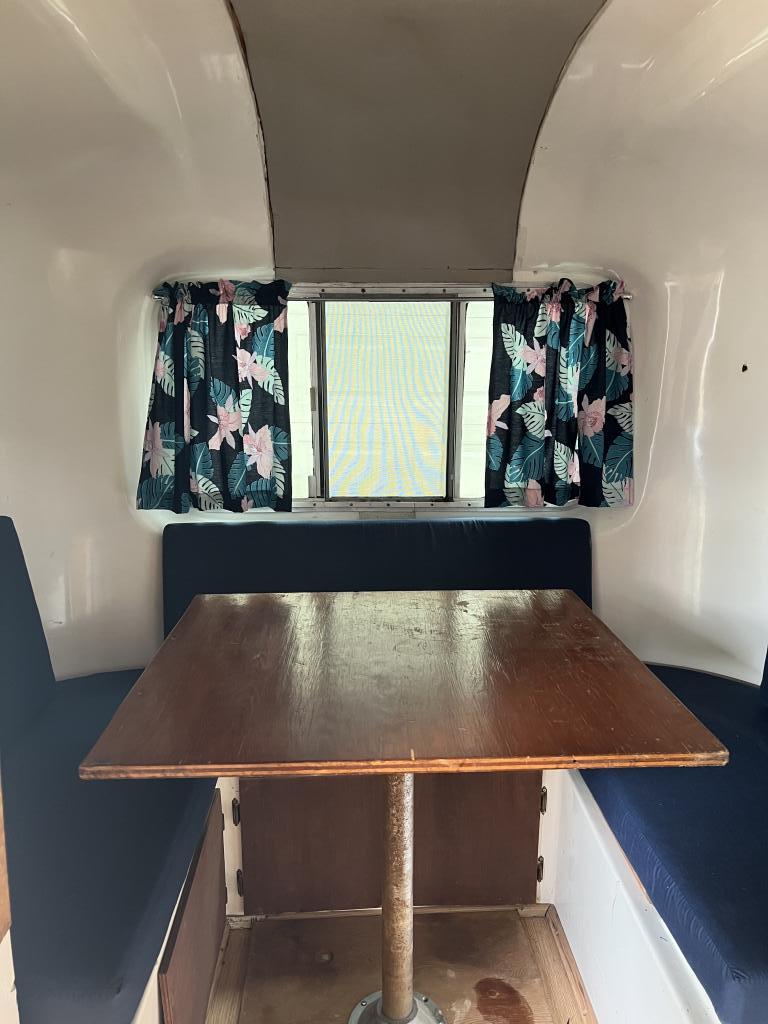