I’m in Maryland’s Eastern Shore. Am selling my 2010 13 foot Scamp with bathroom. Bought last August, 2021 and am finding a need to make different choices for now. It needs a new water pump for the bathroom. Toilet and shower work, but currently that shower pump doesn’t work. Sink, stove. Refrigerator worked when I camped in August. Has new tires, electric brakes, scissor jacks, a big 11x11 tent to put up with it instead of the awning. The awning has been removed. A cover which has not been used, an electric coffee pot and a toaster oven, all cooking supplies and dishes. Will negotiate about including an unused TV purchased but not mounted. Asking $13,500.

The car in the photos is not mine..it is the tow car of the former owner. I do have the foil that I will include in the sale of the Scamp. I have put a back splash behind the sink.. and had begun replacing the curtains, although they are not finished. I do have the fabric to complete the work. It is a Native pattern. All things I have bought for the Scamp will convey with it. The only thing that will remain for discussion is a 24' television that has never been installed or used. 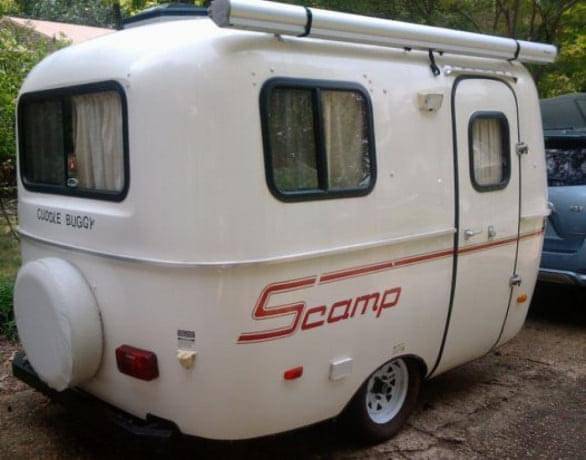 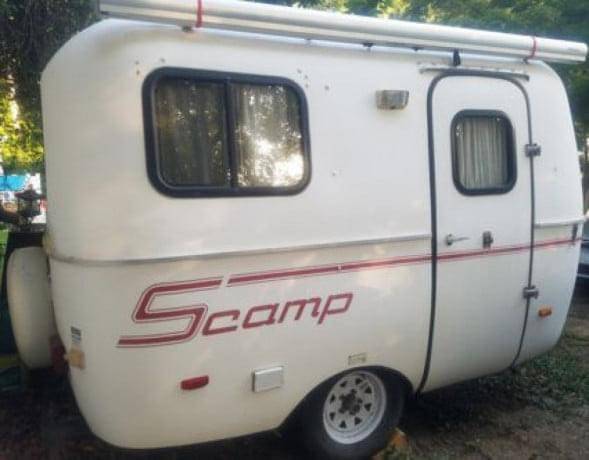 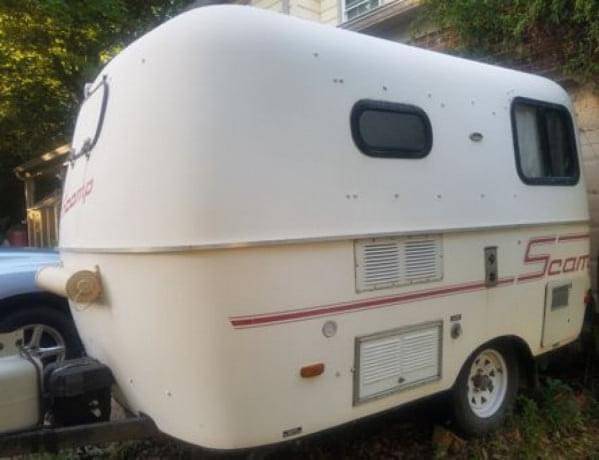 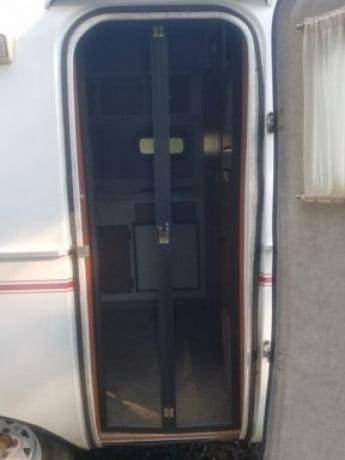 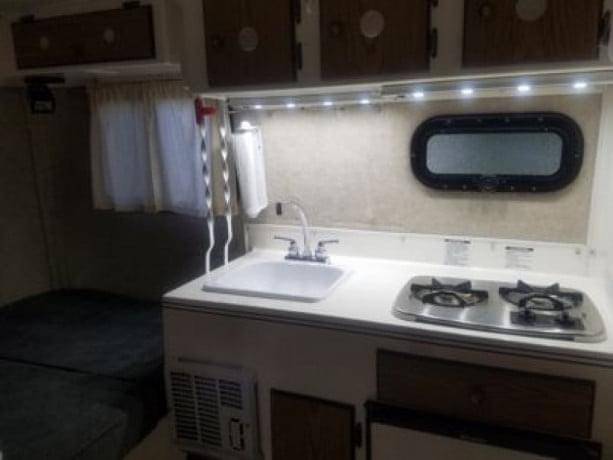 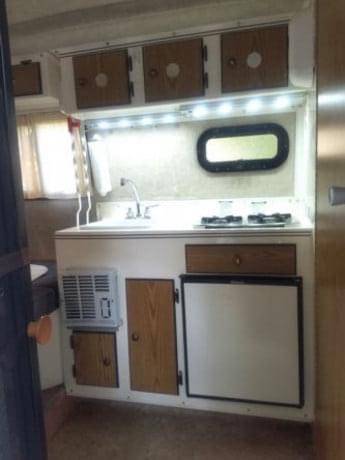 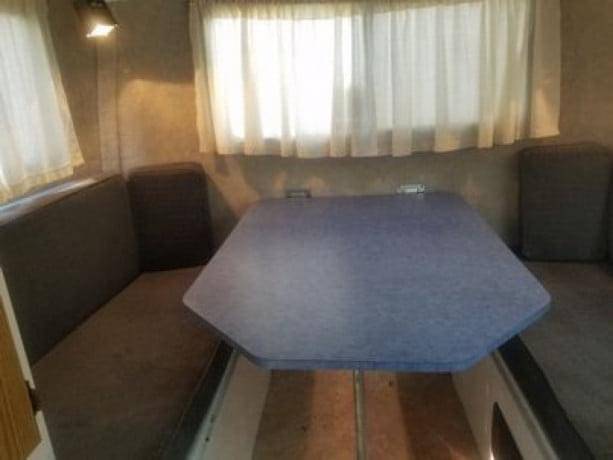 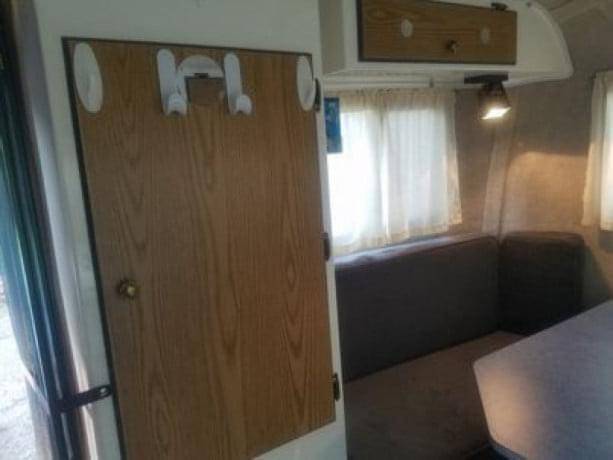 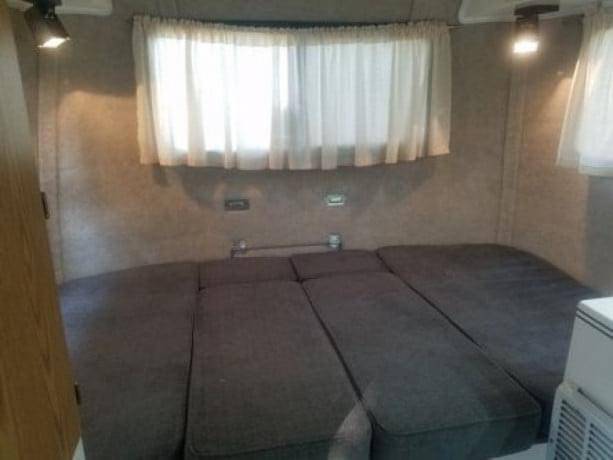 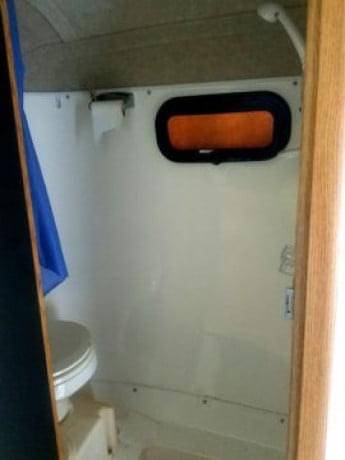