This camper spent most of its years in New Mexico, and its frame looks extremely solid with only light surface rust.  The previous owner inherited it from her uncle and brought it from New Mexico to Wichita, Kansas.  We purchased it from her in January of 2019, spent the cold night in Wichita then brought it back to Chicago.  We spent the next 8 months fixing it up and installing upgrades, took a few short trips with it and then brought it on our 6700 mile camping trip to California in September of last year.

- New tires last year (prior to our California trip)

- New Maxxair Maxxfan plus 4500K vent fan.  Remote control, rain sensor, thermostat, reversible, automatically opens and closes.  We wanted the best and believe that we have it.

- New hand-made stainless steel taillight housings.  Uhaul taillights were unique and ours were in poor shape after years in a desert climate.  Originals are included, along with a lot of other parts that we removed.

- New taillight wiring, from the tongue all the way back.

- New LED sidemarker lights.  I chose not to connect the sidemarker lights to the taillight wiring.  Instead, it has its own 12V circuit fused at the power converter.  There is a push button switch next to the door.  They draw very low current, and run off of battery power until you plug in.  Nice to be able to turn on the sidemarker lights at night, to find your way back from the campground bathroom!

- New faucet.  It stopped working in California.  I believe that the pressure regulator (a different part) might be bad.

- We built a table that installs using existing holes, in the front (formerly bunk area), as a dinette.  It has a chess / checkerboard embedded in it and was very popular on the Uhaul Facebook page.

- Propane tank removed (but included).  We installed a storage box in its place.

- The stove, range hood and ice box were missing from the previous owner.  We used a coleman stove outside on our trips.  The furnace is still installed but not connected and untested by us.  We have a separate, 12 AWG cord that we plug in (not connected to the converter) to power a small electric heater as needed.

There is a small hole in the plywood floor, near the original battery location, probably a result of a wet-cell battery leak.  Since we upgraded to an AGM battery, this should never happen again.  One or more windows may leak a little, but not more than expected from a 1985 uhaul camper.  We installed shoelaces to help drain the bottom rails, as suggested from experts on the Uhaul camper Facebook group.  That does seem to help. 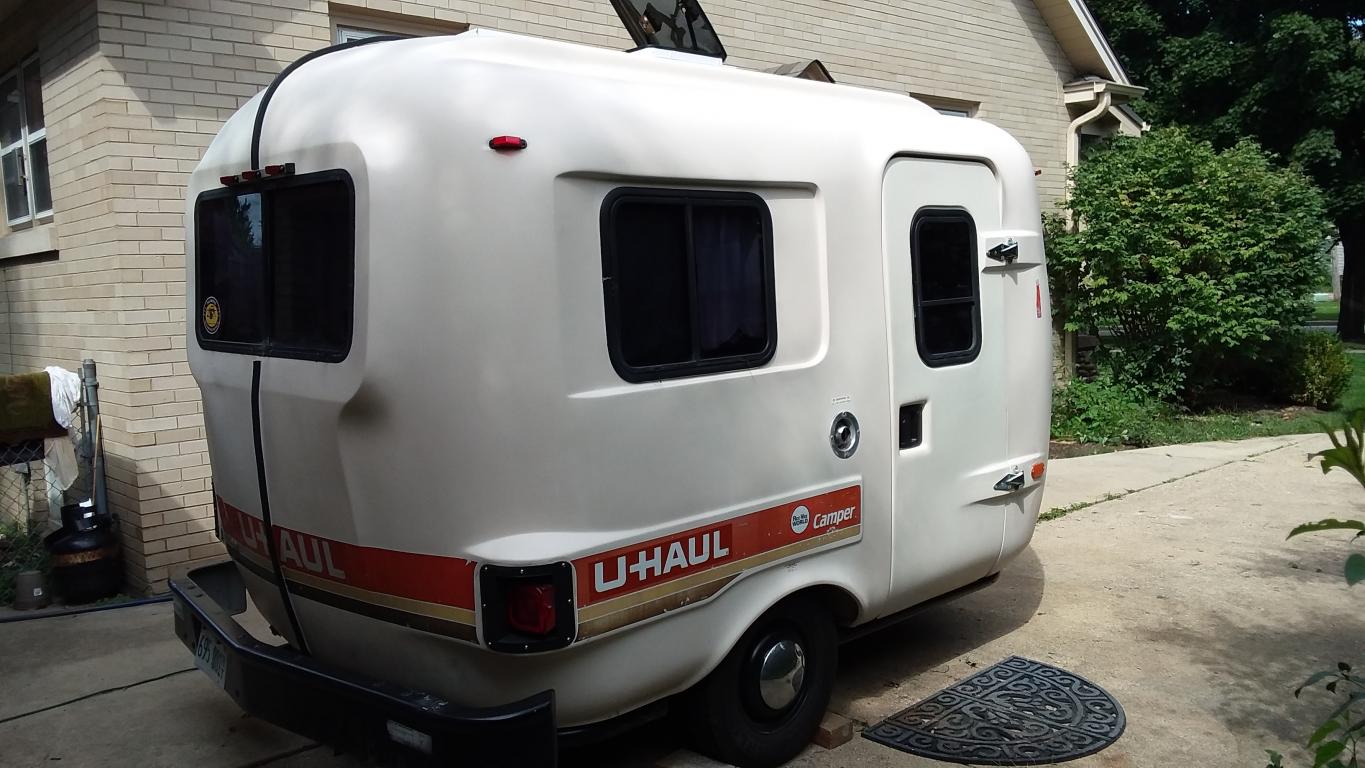 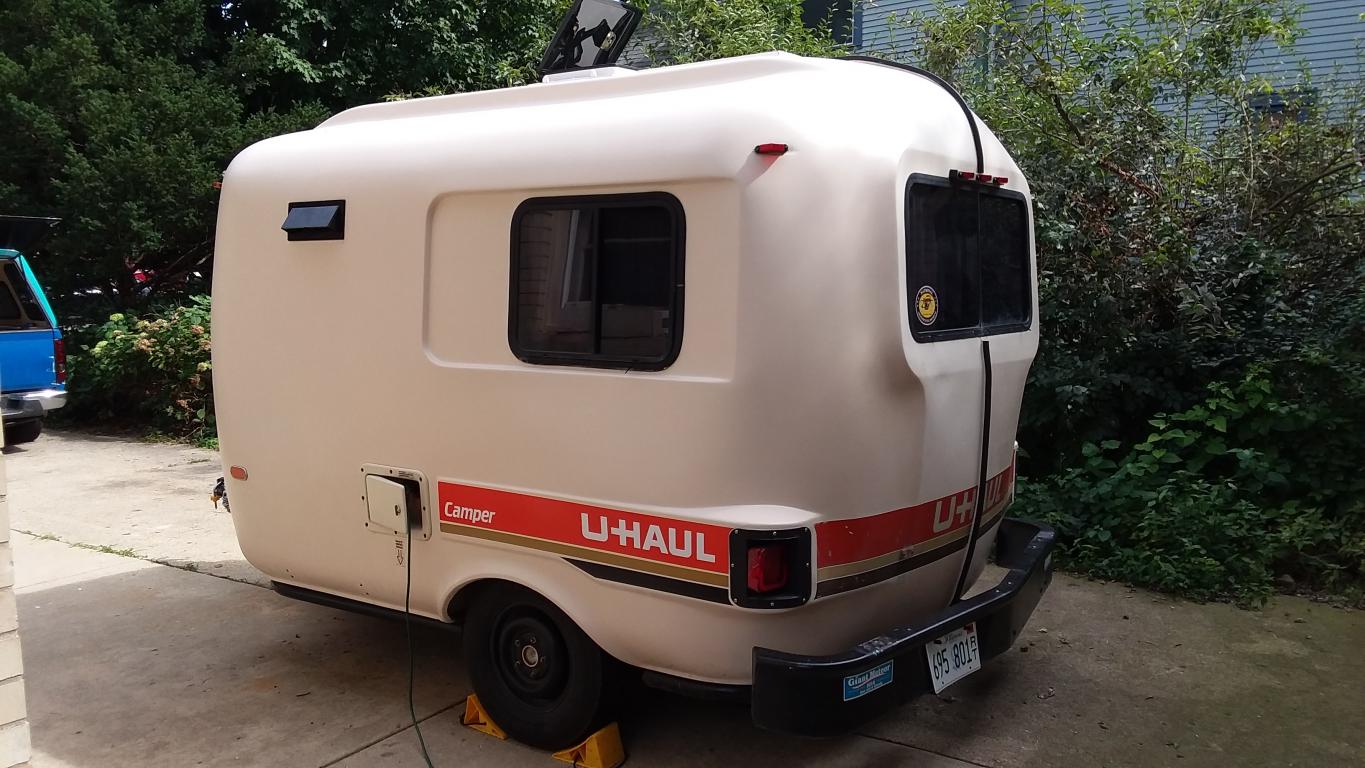 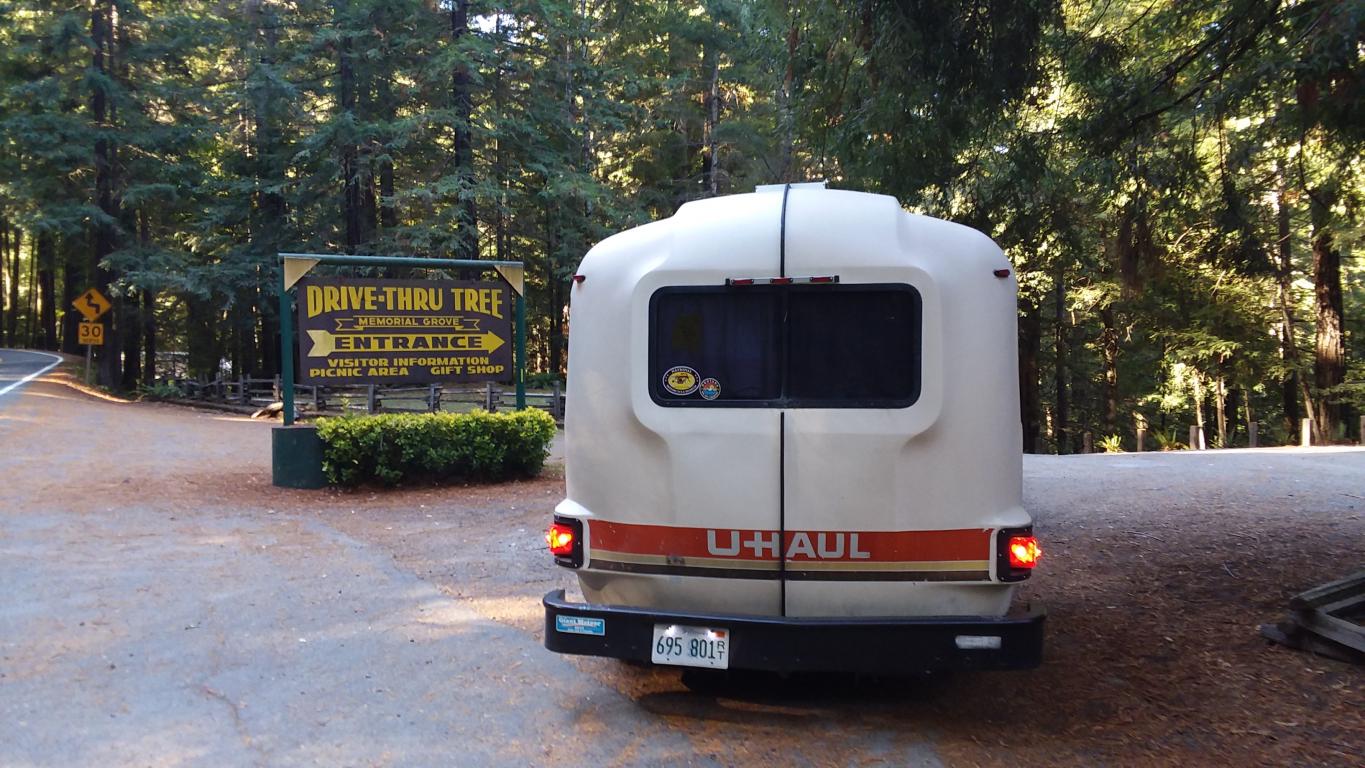 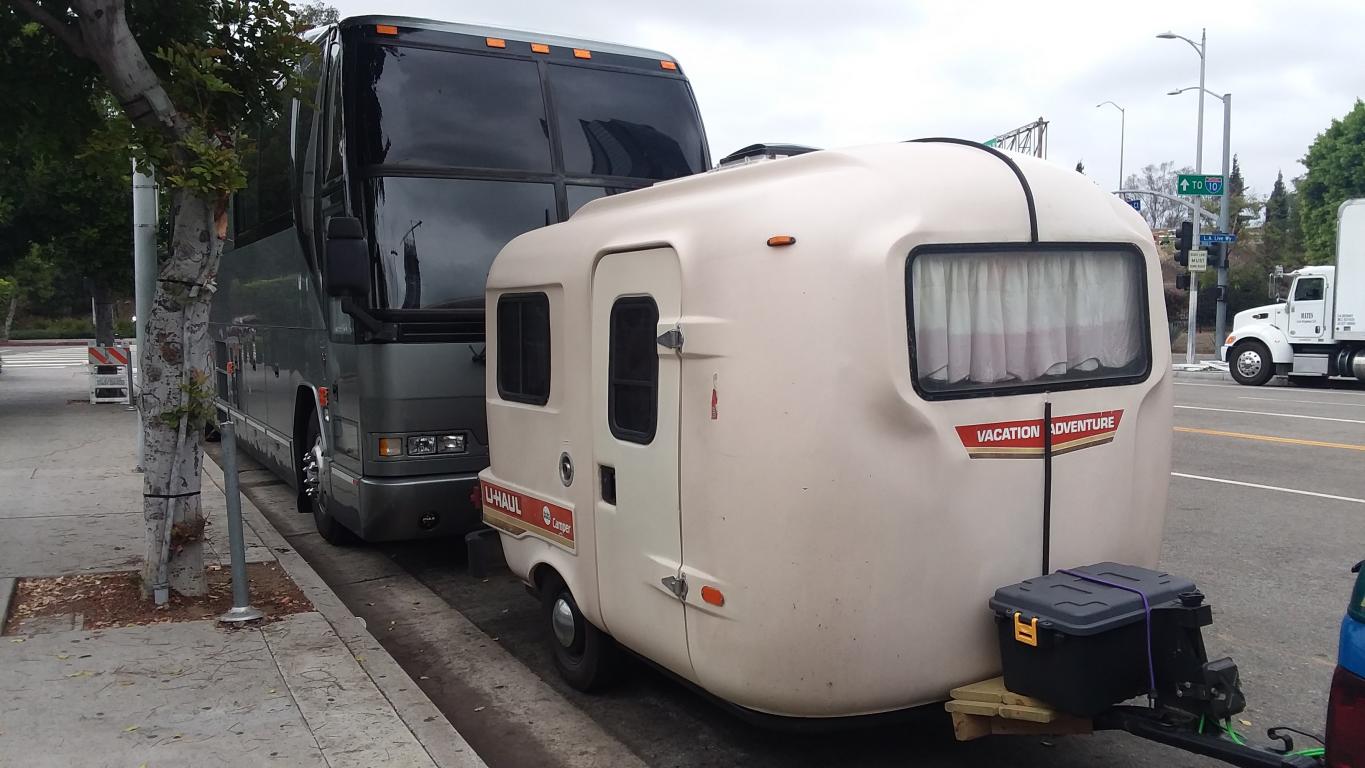 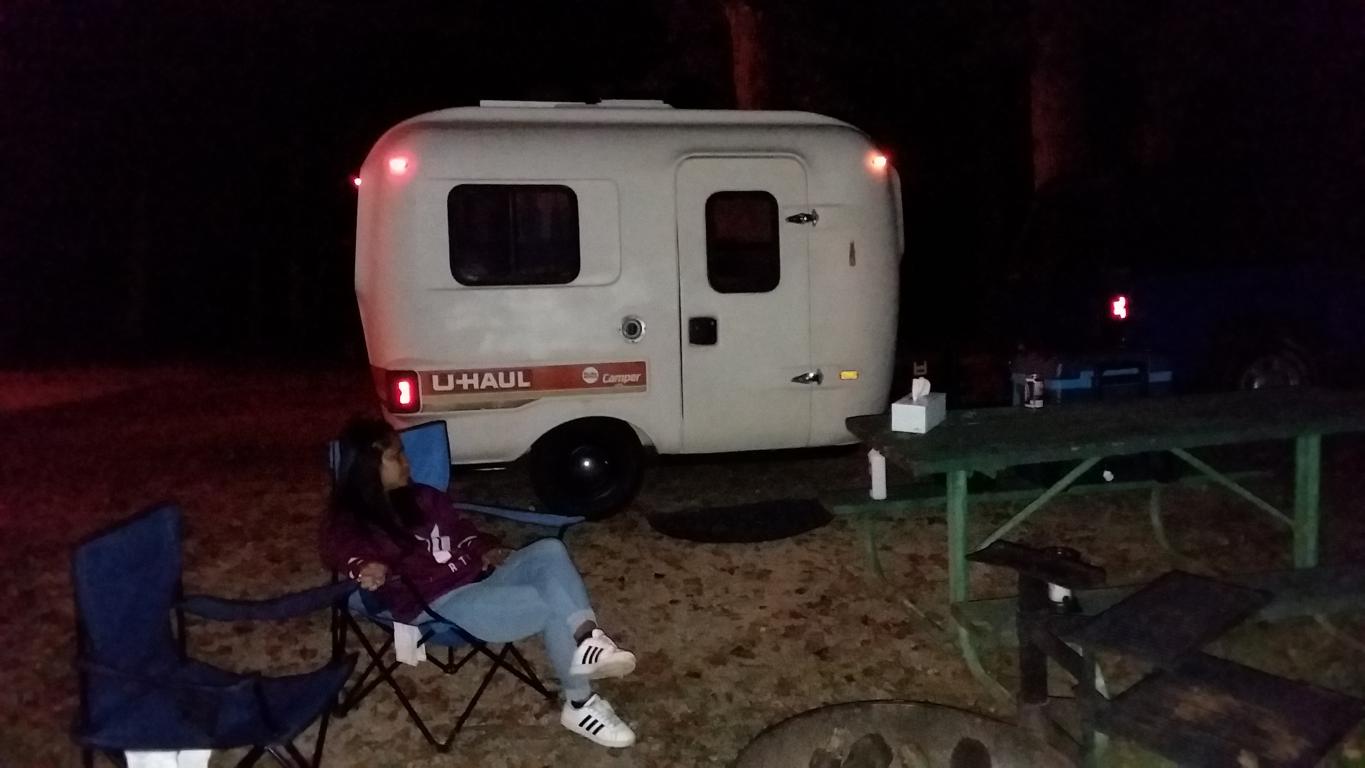 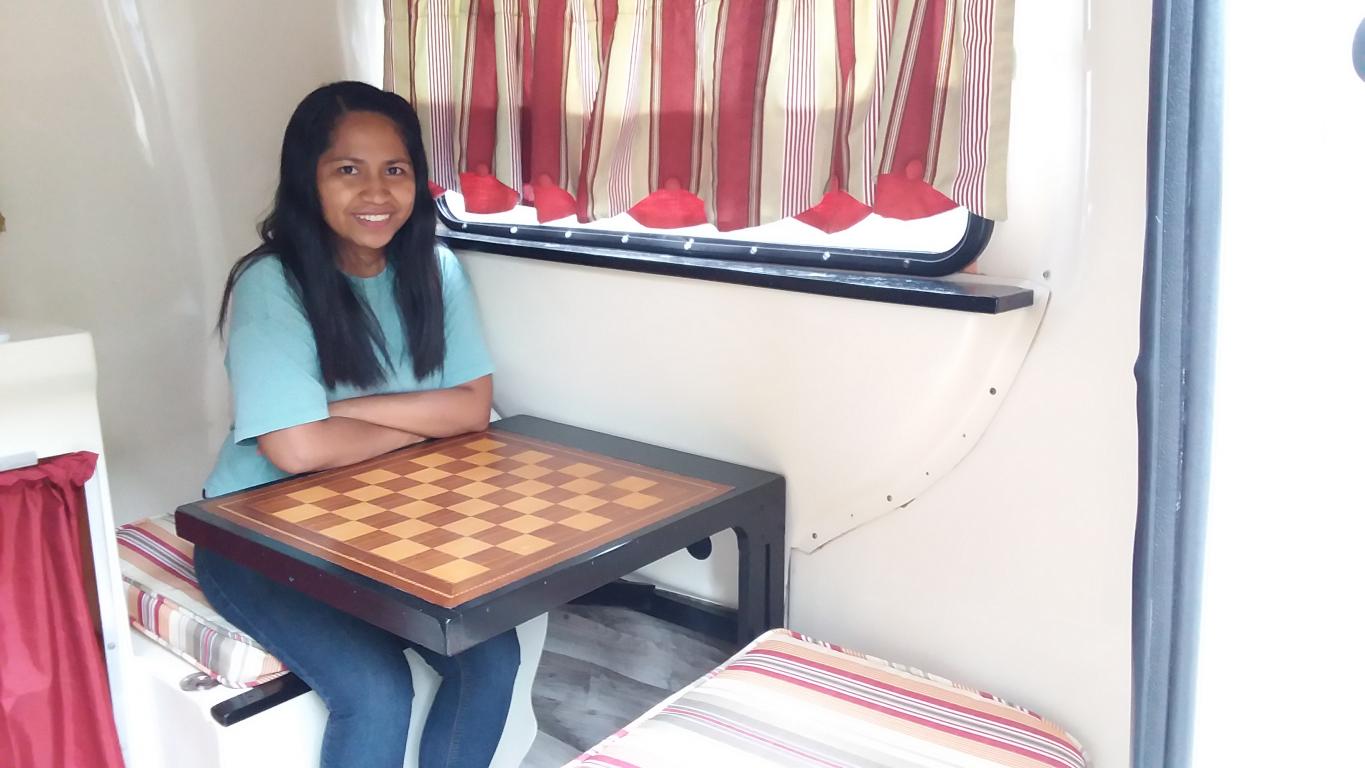 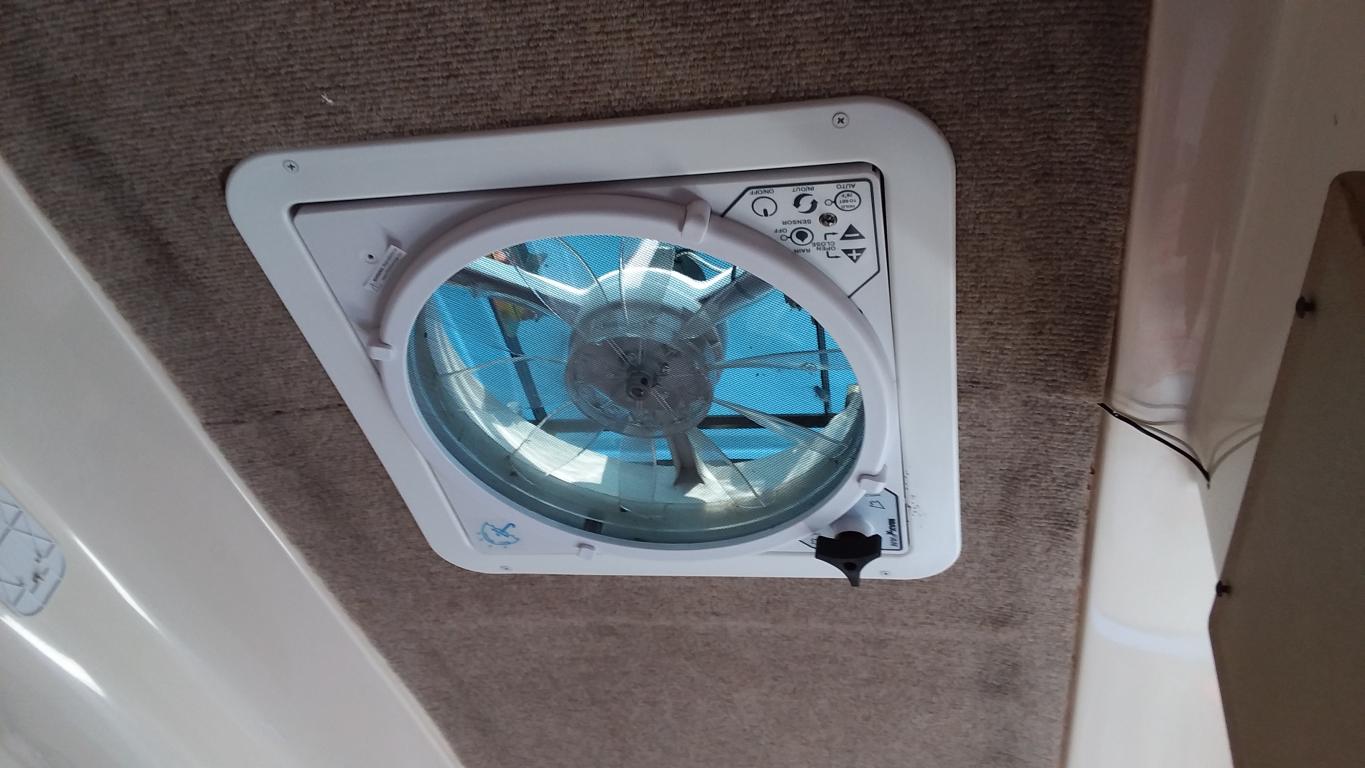 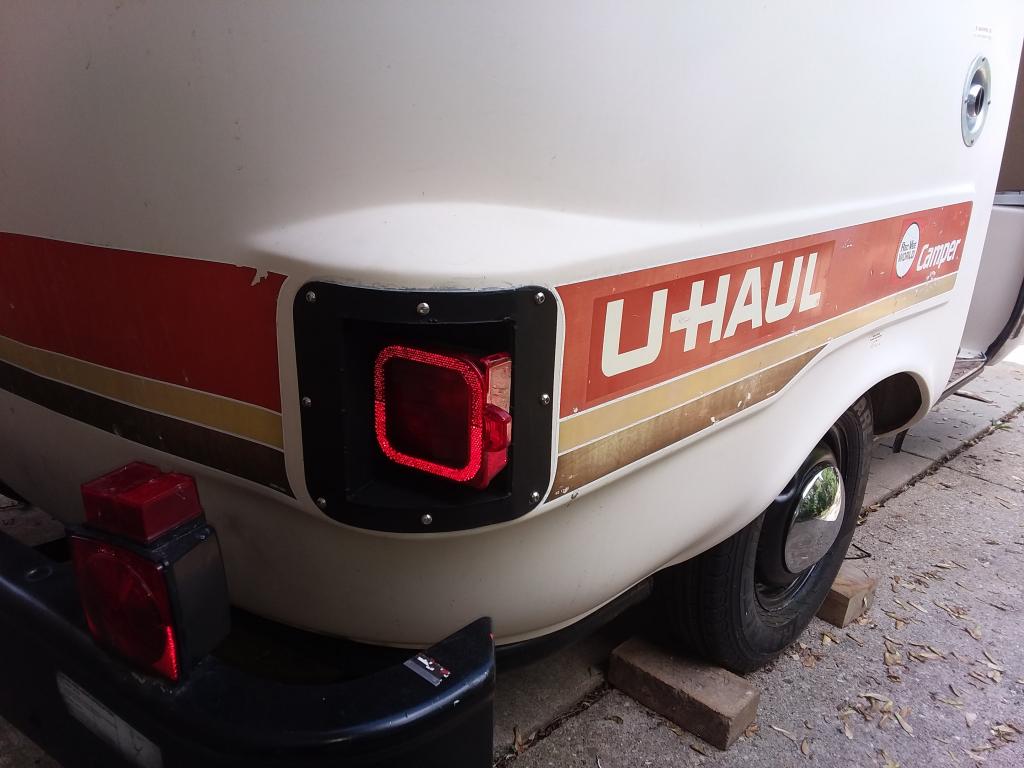 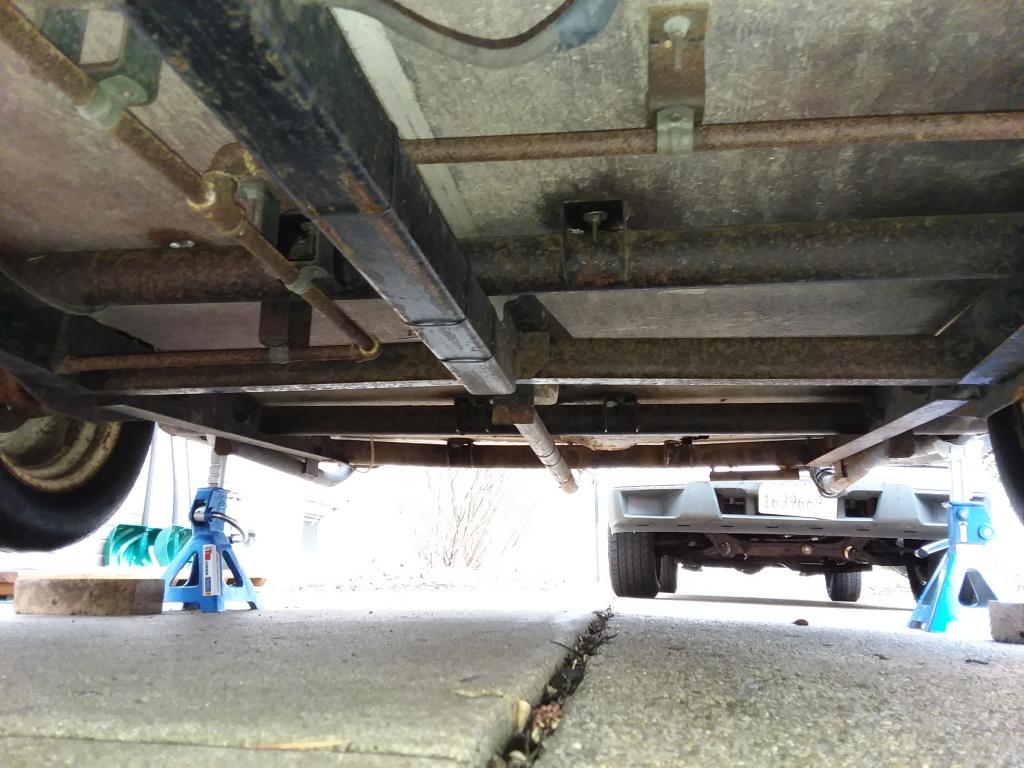 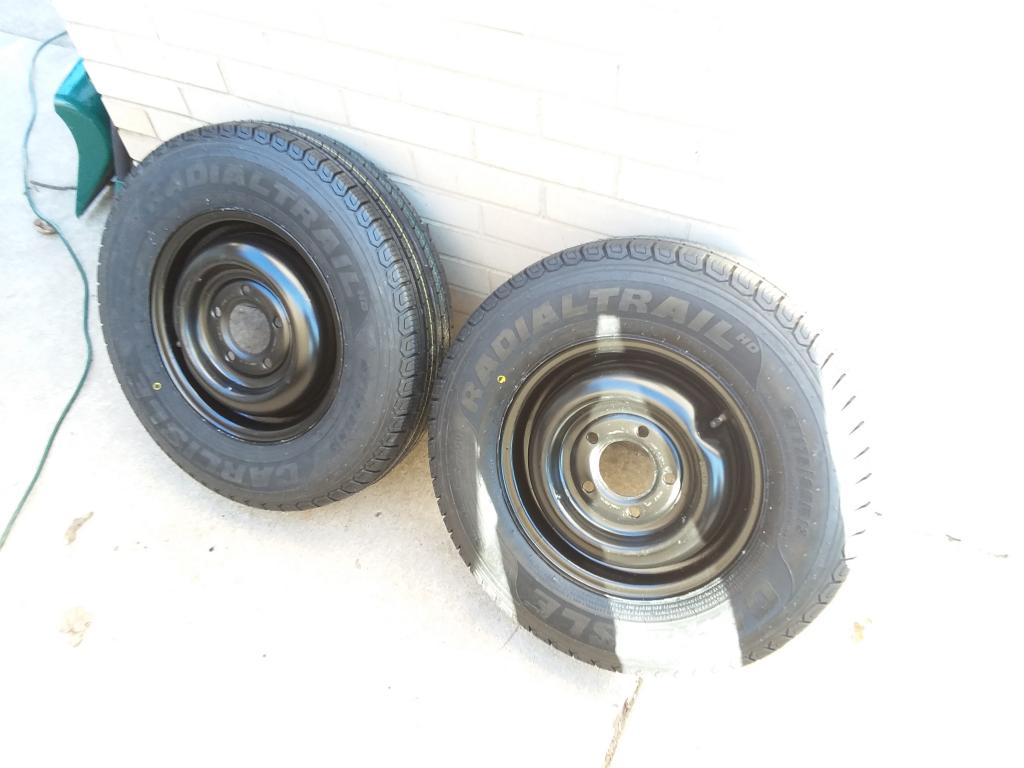 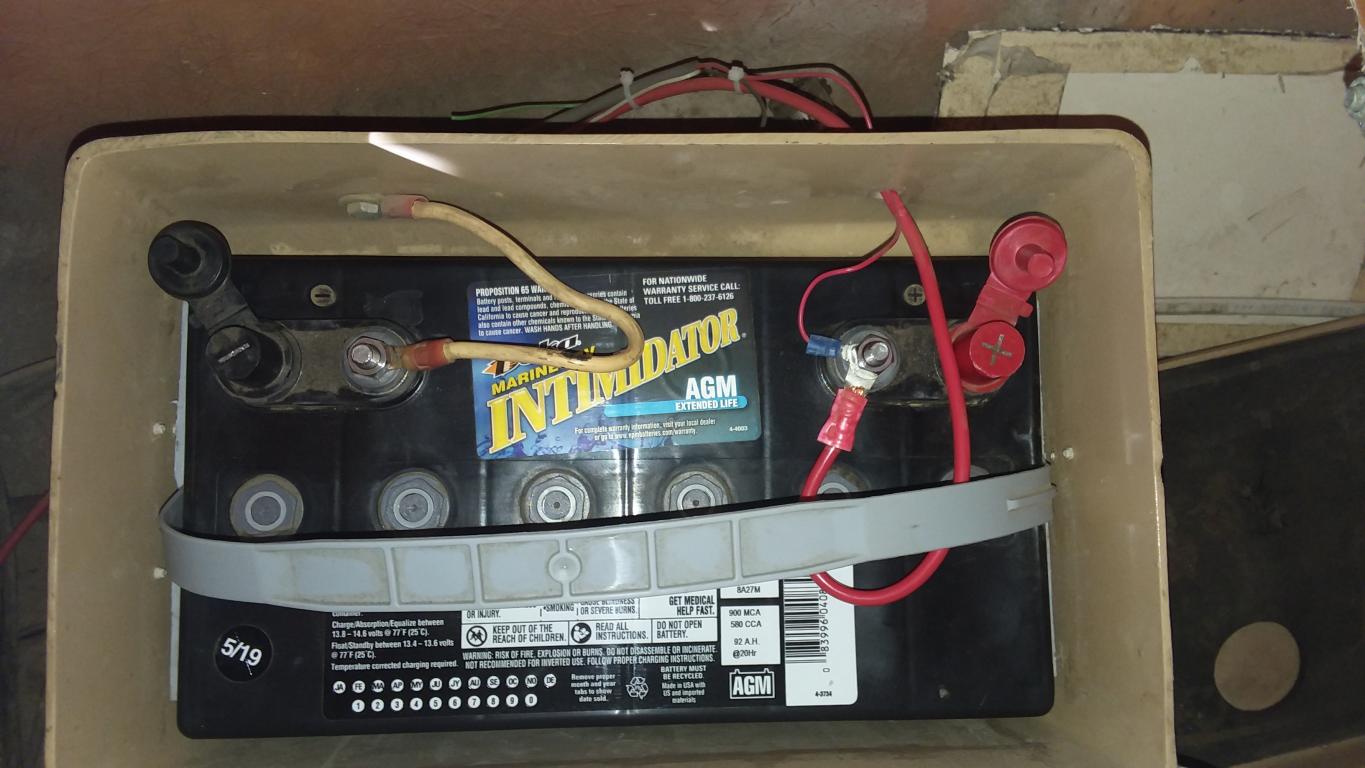 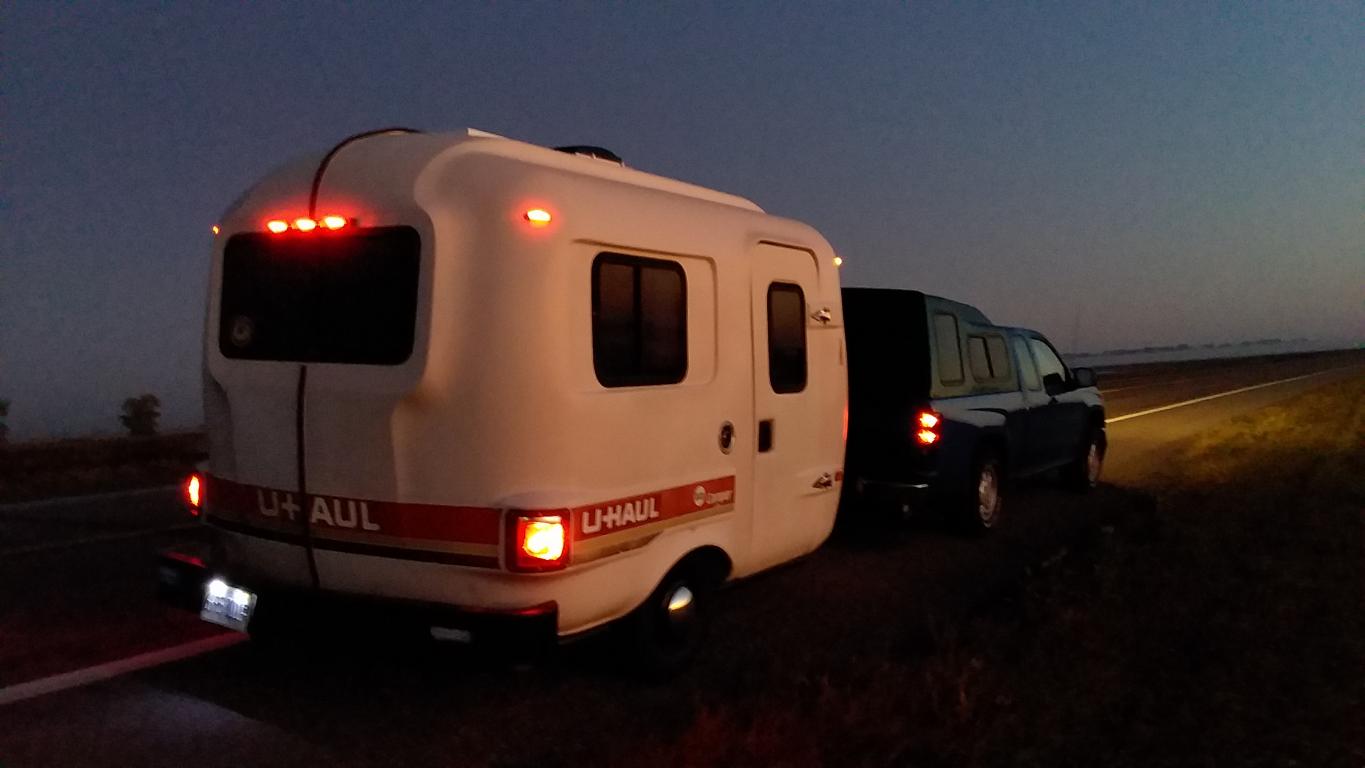