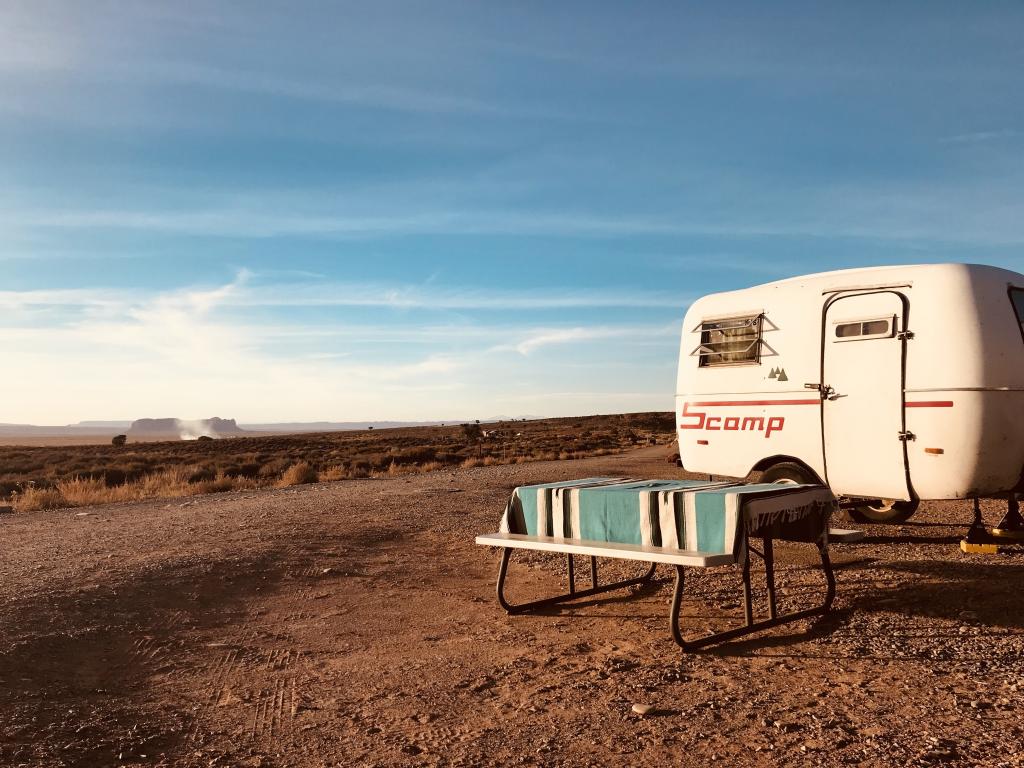 We did an OK restore on what we could when we first bought it, and have done our best to keep it up to date. The flooring was replaced, the inside was cleaned, painted. We hooked up lights. We made new cushions. We put in a sink, new stove, new hardware, new curtains, and some other stuff. We toured the US & Canada with it once and another time drove it up to Alaska and back, and have camped all over California in it. Now our family is growing and we need more space. It is ready for new adventures with a new owner.

So like I said, good condition, but we did a lot of that work 5 years ago, and now it needs a little Love. There is a cupboard door missing that should be easy to replace. We kept a mini fridge down there, but ended up never using it so it is a good storage spot. Iv’e kept it pretty clean while it has been being stored, but you might want to do a deep clean and painting. It doesn’t need new paint but while it’s empty you could.

The sink works, and it has a water tank, but it’s a hand pump sink that could be mounted better and you could put in an auto pump. Only one side of the stove works. It plugs into a normal propane that sits on the tongue. The lights work if you plug them in. We were using a power station from Amazon to do that. You could probably do more electrical work than I know how to do and run everything off a battery.

The turn signal and break lights work. I did them myself recently. It is a 4 flat connector. I couldn’t figure out the side lights, but you don’t need them legally, the back ones work. I am sure they wouldn’t be hard to hook up, but again, not something I could wrap my head around.

One of the wheel hubs was rebuilt while we were on the road. So that one is great, and the other side, the guy who helped us re greased it, but he recommended probably re building that one as well. I always wanted to try, but I don’t really know how to do that stuff. I have a couple of the parts for it though if you want them.

The space tire on the back is new and has not been used. You could one of the older ones that are on it now with that one, which would look better. I never wanted to mess with it for fear of putting something on wrong, but I think some people would prefer to do this.

The door doesn’t have a really good seal, but it does shut and it is blocked from the outside for most of it. Someone who knows how to do that better than me probably could fix it pretty easily. But it never stopped us from camping in it. In fact, we camped in it last weekend.

The seats in the back convert down to a bed, and I have the piece of wood for it (not in the pics). It used to fold up to a table but that one got in pretty bad shape and I replaced it with just a new piece of wood. We never used the table (sat outside mostly) and so I never built foldable table legs on the piece of wood, but someone could pretty easily. And there is a connecting place built in on the back for something like that.

The first owner apparently had it and used it for many years according to the owner we bought it from. Took it on some adventures, I presume, as it is lifted and has more clearance than normal Scamp trailers. The last owner just parked it at her house and wrote in her journal in it. I think she owned it for a year or 2 only. That’s about as much as I can tell you about it. Come check it out if you're interested. I am trying to get it sold pretty quickly so we can make room for a new one. I am happy to talk some numbers. 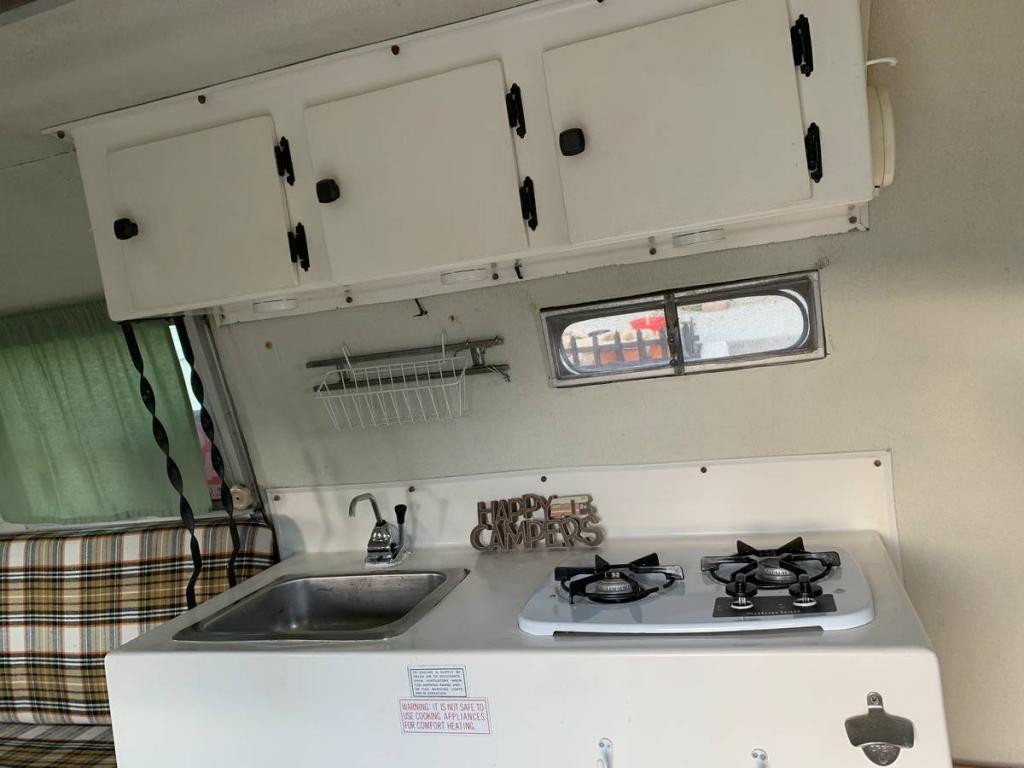 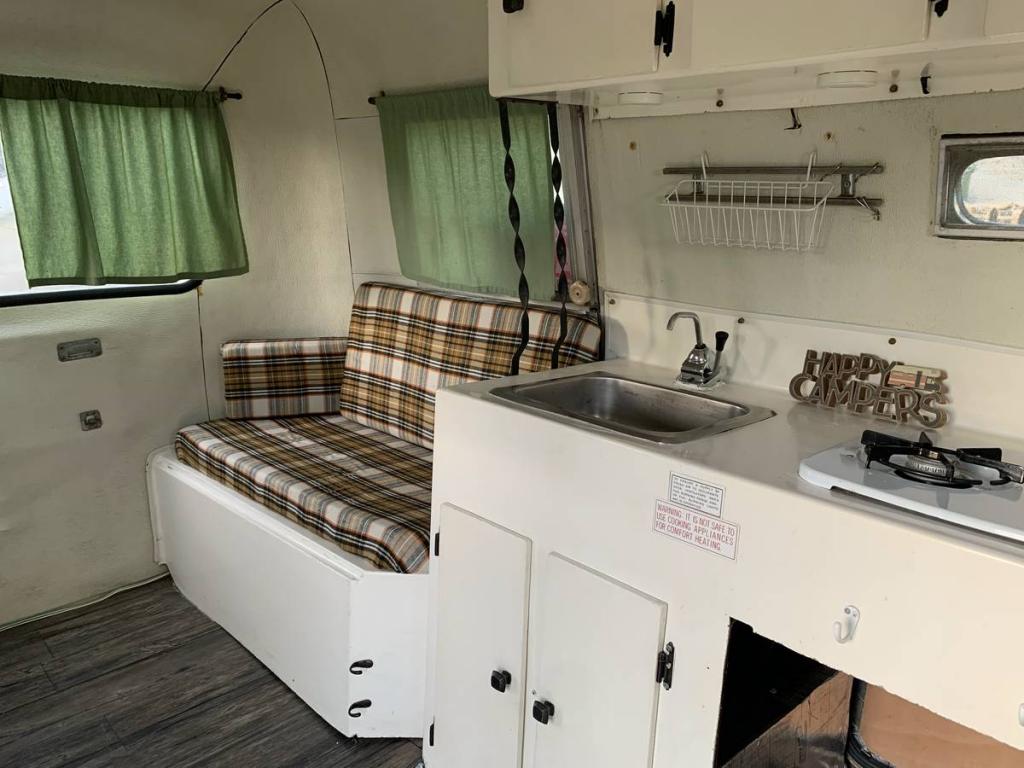 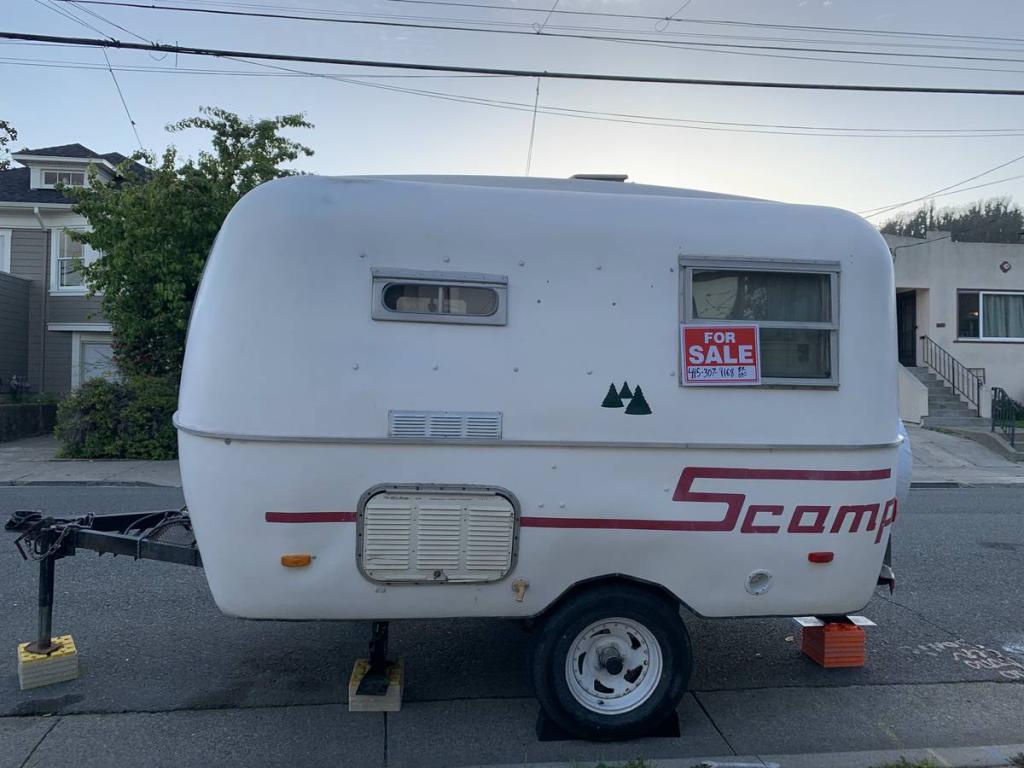 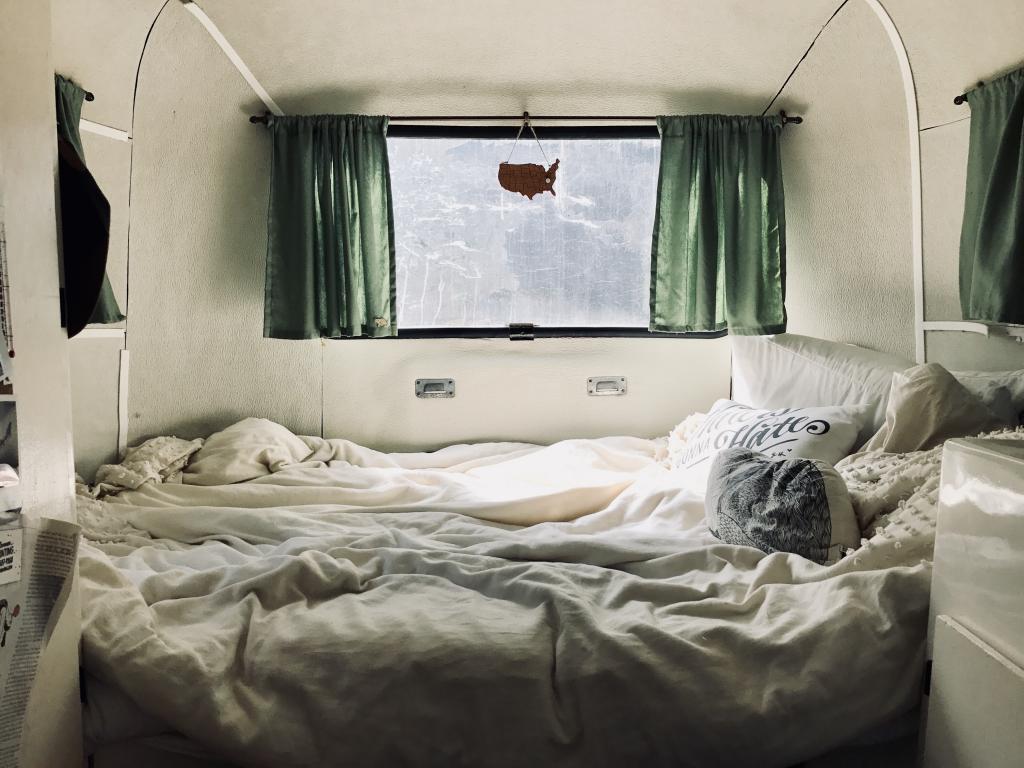 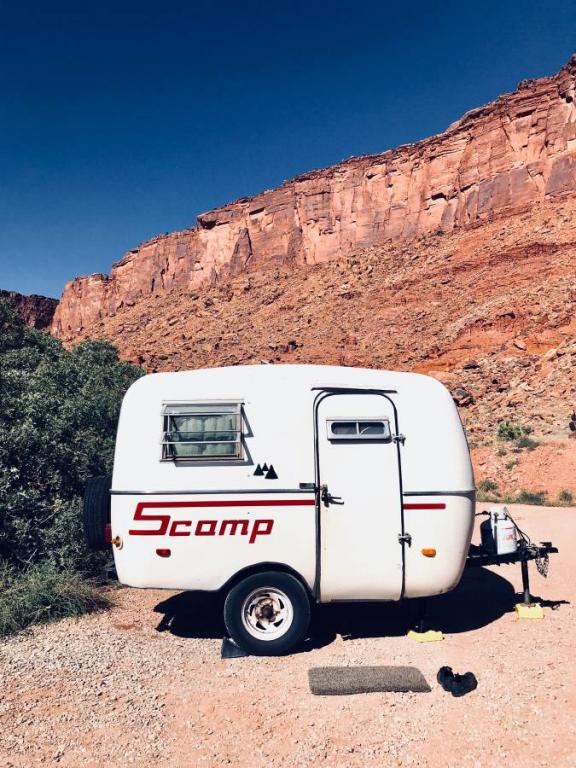