We've outgrown our Boler. We've had it for 2 years, but with 3 kids it's getting a little tight. The gas stove, fridge, and electric work, we haven't used the furnace or the lights, we mostly used our solar panel with it, and didn't pay for electric hookups.

The kitchen table folds into a double bed, and the sofa turns into bunk beds. There is a sink, and a small closet, and 3 small cupboards above the sink, and we also have a chemical toilet which we're selling with the Boler. It also has the awning for the front to provide some shade/rain protection. There is a water reservoir, which we've never used, I think it's a 10 gallon, and the sink is a pump to draw it out of the the reservoir.

The sink has been taped down by the previous owner as he found it rattled when it travelled. It's never been a problem for us.

We are the 3rd owners, and it has been kept covered over the winters by all 3 owners.

We love this little trailer, it is a 1973 and almost as old as I am, so it's not perfect, but considering it's age it's in great shape. There is a problem with the top air vent where it won't sit completely flush, but we don't move it, and it hasn't been a problem in the rain. We also tried setting up the water hose to a water tap at a campsite once, but there wasn't a good seal and water leaked from the seal. We always just used a water jug, and just filled it up at the campsites.

The trailer is on Gabriola Island at the moment, but if you're interested let us know and we can arrange something if you'd like to see it. We're selling it for $7000 firm. 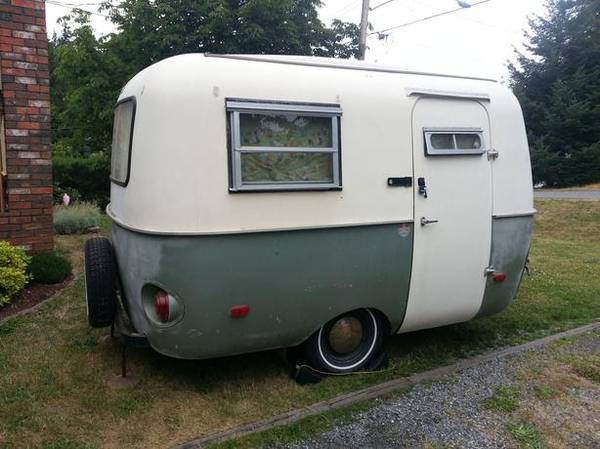 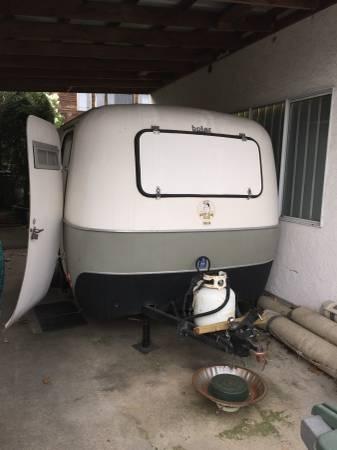 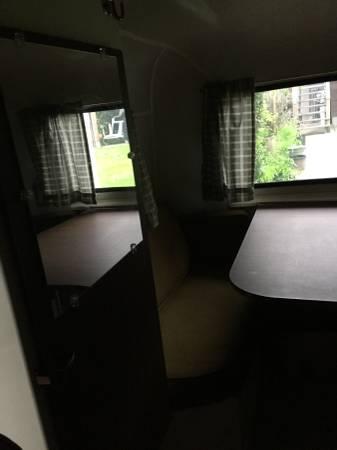 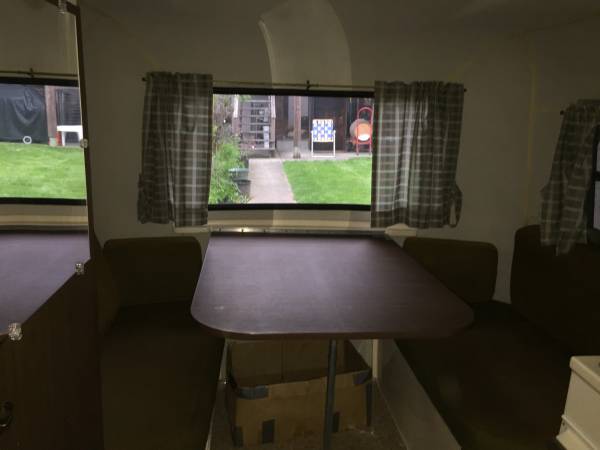 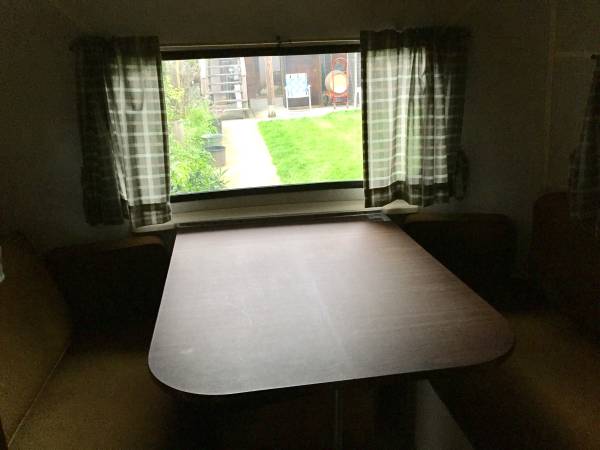 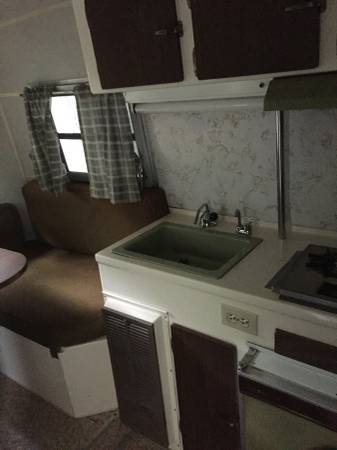